i went nuclear when I saw this damage to Kathryn:

This document shows Kathryn’s induced torture and her self-destruction just because she was told the lie that a person she loved was going to kill her and her family for money: Kathryn has never seen the truth of the fake death threats mainly because our legal system is fucked up: including the U S Supreme Court. 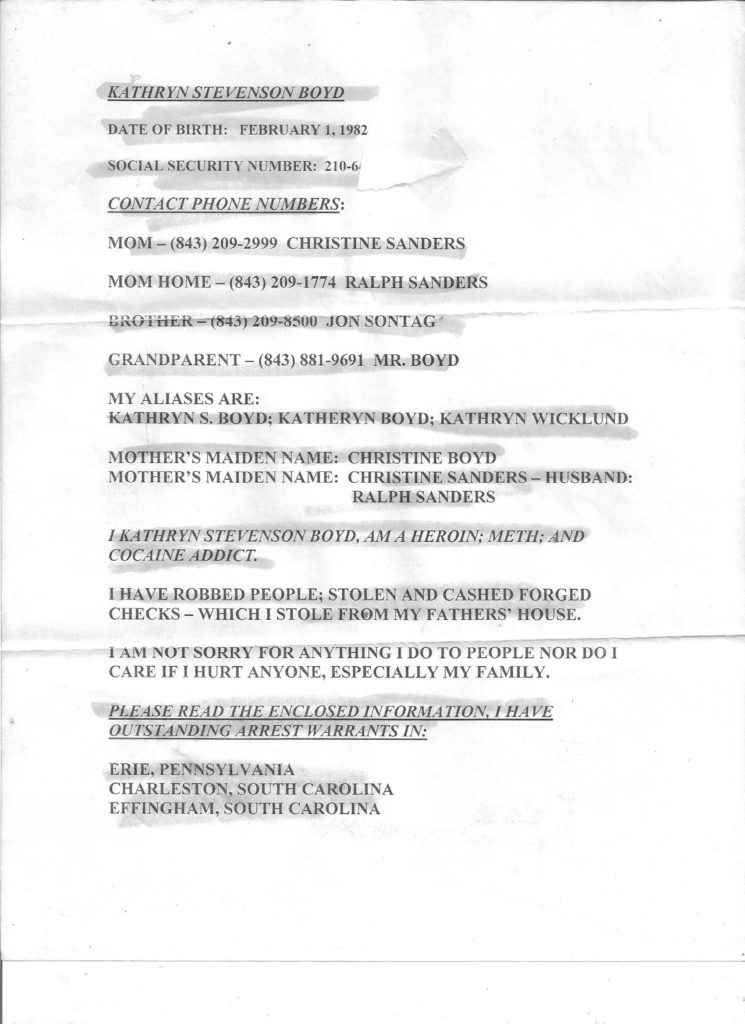 All these bastards that told Kathryn I was going to kill her and her family. All these fucking lies were then willfully and wrongfully confirmed in Kathryn’s head by our corrupt legal system when the court dismissed the forged insurance policies used for death threats.

Did you read “I’m not sorry for anything I do to people nor do I care if I hurt anyone, especially my family ” If you still think this girl hasn’t been heinously tortured think again. Kathryn told me she wanted her real father killed so how bad are they treating her? They willfully and wrongfully fucked up her life with forged insurance policies and the mother’s new abuse stories. And it is pure insanity that there wasn’t a fucking court in America that would help including the United States Supreme Court. Please take the time to look at my evidence against the American legal system and you’ll see just how fucked up they are.

The worst part of the American legal system is that they allowed a cunt Chris Boyd to actually kidnap my son Jon because they refused to investigate all Chris Boyd’s orchestrated lies upon her own children. If there was even a time for a hate crime against our American legal system and my ex this was it. These mother fuckers are extremely lucky I’m a civilized man or they would all be dead. Cunts just like Chris Boyd are using sex to destroy men in this country and that must be changed because there is no equal protection in the system anymore.

Send your comments to:  comments@1234ads.com

12 thoughts on “Damage Caused by these Monsters”